The cast of the Drama version of the webtoon “True Beauty”

Hi everyone, this is SWAN!

True Beauty is a webtoon about love and make-up drawn by a Korean cartoonist, yaongyi.
The author, yaongyi, is also known for her amazing beauty.

Webtoon comics like True Beauty are very popular in Korea, and this goddess of descent is also distributed in the U.S. under the title “True Beauty” and has a large fan base.

And ever since it was announced that the hugely popular wbtoon True Beauty was going to be made into a drama, the cast has been predicted on social media and elsewhere for the past few months!

I’d like to introduce you to the cast of the True Beauty live-action adaptation, and I’d like to share with you that the cast has been confirmed! If you’re curious, go check it out!

Lim JuGyeong is a girl who likes metal bands, horror movies and comics!
Out of the three siblings, the older sister and younger brother were born beautiful, but Rena was different.
In junior high school, her classmates looked down on her because of her good looks and simple personality.
However, one day, she started to study make-up hard!
They laughed at me at first because I was so bad at it, but by the time I started high school, my skills were already professional!

Lim JuGyeong’s makeup has improved so much that she looks like a completely different person than she was without makeup. When she goes to high school, she tries to hide her makeup, but when Lee SuHo, a good-looking guy who goes to the same school as her, finds out that she has no makeup on!

The role of Lim JuGyeong is played by Moon Gayoung!

If you ask me, Moon Gayoung looks like Lim JuGyeong when she was reborn as a different person with makeup!

Moongayoung has appeared in many dramas, most recently in a drama called “Find Me in Your Memory”!

Lee SuHo is a handsome guy Lim JuGyeong meets at the video store she goes to! He’s the only person outside of his family who knows about Lena’s lack of makeup!
She transfers to the same school as Lim JuGyeong, but she’s a much more sociopathic person than she was when she first met him in the video store.

He is the complete opposite of Lim JuGyeong, who has excellent grades and an idol-like face. However, he gradually develops a crush on Lim JuGyeong.

The role of Lee SuHo will be played by Cha Eun-woo of that popular boy group Astro!

Many of you may know Astro’s Cha Eun-woo, who has the looks to shine in the K-pop community.

Cha Eun-woo is an actor as well as a member of a group and was recently cast in a drama called Gangnam Beauty!

Han SeoJun is another cool, handsome guy who goes to the same school as Lim JuGyeong! Han SeoJun and Han SeoJun’s close friends look rugged and a bit unapproachable, but as you get to know them, you start to understand how kind and masculine they are!

Also, more than anything else, Han SeoJun is an outstanding singer and has a history of being a trainee to become an idol.
And he has a history with Lee SuHo from junior high school, but what will happen to him…!

The role of Han SeoJun is played by Hwang InYeop!

Hwang InYeop debuted as a fashion model in 2017, and since then you’ve been working as an actor in web dramas as well as modeling!

The drama is supposed to start around the second half of 2020, so we’ll wait until then together!

So long! That was SWAN! 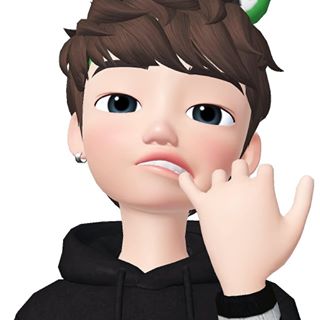 The cast of the Drama version of the webtoon “True Beauty”