The Korea Tourism Organization (KTO) has a YouTube channel, Imagine your Korea, which features promotional videos about tourism in Korea.
Recently, the channel has released a series of “Rhythm of” videos featuring the hugely popular ITZY in different scenes such as “Vibes,” “K-beauty,” “Taste,” “Healing,” and “Light.

Feel the Rhythm of KOREA series

In addition to the “Rhythm of” series featuring Itzy, the “Feel the Rhythm of Korea” series of tourism promotion videos released in July are a collaboration between the alternative pop band LEENALCHI and the Ambiguous Dance Company, a contemporary dance group.

The movies were shot in Seoul, Busan, and Jeonju. You can see tourist attractions in three locations with traditional Korean music.

Please take a look at them.

Feel the Rhythm of KOREA: SEOUL

Pansori (Korean: 판소리) is a Korean genre of musical storytelling performed by a singer and a drummer.In music, Gugwangdae describes a long story that takes about three hours for short and six hours for a long time. It is one of the traditional Korean music that mixes body movements and sings to the accompaniment of buk by gosu.

Feel the Rhythm of KOREA:BUSAN

Feel the Rhythm of KOREA:JEONJU

In addition to LEENALCHI, the mix of traditional Korean pansori music and new sensibilities is growing.
There are also songs that incorporate pansori into K-POP and K-HIPHOP songs, and some of them feature pansori singers as guest performers.

The song “대취타 Daechwita” in the name of Agust D of BTS SUGA is made by sampling the song “대취타 Daechwita”, which was used in national music for the appearance of kings and military marches, and uses the sounds of traditional Korean musical instruments such as pansori and gong (gong).
It is said that BTS’s “IDOL” also uses pansori’s chuimse, which is a kind of hand shout in the song.

You can hear pansori singer Song Gein’s voice in the latter part of the song.

CHUDAHYE CHAGIS is a project of one of the singers of Ssing Ssing, Ssing Ssing introduced next, a calligraphy folk song singer, Chudahye.
Ponggukku (Funk + shamanic music ceremony where shamanic music is performed = kukku) is a fusion of funk rhythms of black music and shamanic music said to be the origin of pansori, advocating a style.
Back musician of the year at the Korean Popular Music Awards, saxophone player Kim Oki was chosen as “Musician of the Year” and Windy City drummer Kim Da Bing, and other talented members of the group are gathered.

Ssing Ssing is a six-piece band formed in 2017 by LEENALCHI’s Jang Young Kyu with pansori singer Lee Himin and others.
The band disbanded after one EP on Spotify.

In this article, I introduced the Feel the Rhythm of Korea series by the Korean alternative pop band LEENALCHI and a story about the evolution of pansori.
I would be happy if I could convey the excitement of Korea, where new cultures and music are being born from the Newtro boom, mixing old and new cultures and music. 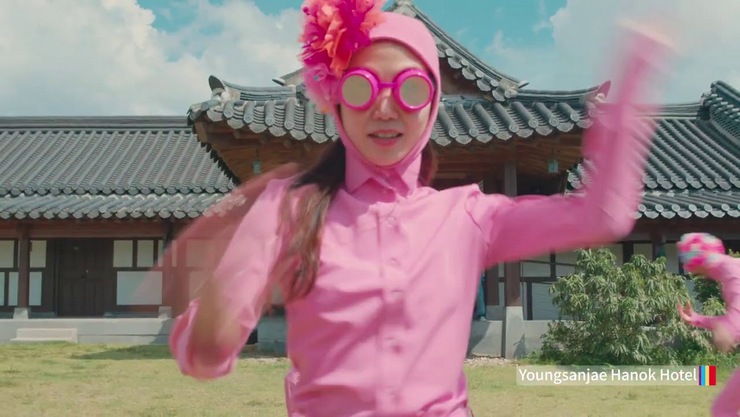 “Feel the Rhythm of KOREA”, which is a hot topic in the world, has returned with a follow-up series.